The 25 best gadgets from 25 years of Stuff 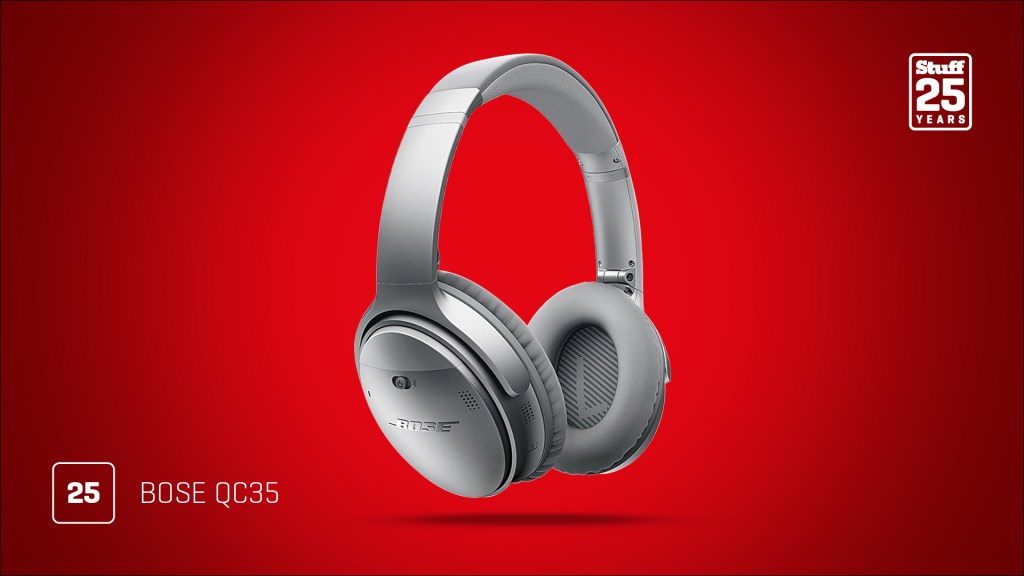 Yes, that’s right, it’s a quarter of a century since the world’s greatest gadget magazine first barged its way onto the shelves of your local newsagent in late 1996.

Times were different then: people smoked in the pub (and on trains!), we used cash all the time, Britpop was still around but going a bit whiffy, and speedy internet was a dream. And that’s borne out by the late-1990s picks that have made our list – they’re prehistoric by today’s standards of connectivity, usability and size.

There’s a huge swing in the tech of the noughties: you’ll know all about the seismic shift brought by the rise of the smartphone and digital music, and of course that’s reflected here. And since then things have become ever more connected, bringing us smart home devices, voice assistants, clever apps and a certain popular tablet.

What’s in the future? Will we really have Jetsons-style domesticated robots in our homes following on from Amazon’s Alexa-powered Astro? Will AR take over? Who knows, but we’ll be following it. Because what hasn’t changed over the last 25 years is that we’re here, bringing you the very best of the tech world. Here’s to the next 25!

These headphones changed Bose. For years its products appealed almost exclusively to a specific, highly uncool niche: you’d see its high-priced radios advertised in broadsheets, its cans in airport Currys stores. Then things suddenly got lively.

First came the handsome but still wired QC25s… and then, with their wireless successors, Bose banished its fusty stylings of old and made some of the smartest noise-cancelling Bluetooth headphones around. No plastic cups here: the outer parts were aluminium, for the touch of added class that had helped make Bose gear such a favourite among cappu-chugging business types in the first place.

Sure, other companies have since caught up with the American company’s ANC prowess. But back in 2016 you simply could not beat the QC35s for blasting away the low-frequency hums, drones and rumbles of city life. The light-touch headband and exceptionally soft pads had a breezy fit, with the kind of comfort few get close to matching, let alone beating, today. The entire experience was like snuggling down into that first-class plane seat we’ve never been able to afford. The sound was smooth and rich, powerful but with a soft edge, and the ANC popped the auditory stresses of the outside world like little floating bubbles.

Five years is an age in tech, but the QC35s are wireless headphones we’d be happy to use now.

The Tamagotchi is the same age as Stuff… and is the oldest bit of tech on this list. But it fully deserves its place because it was one of those gadgets that was almost literally everywhere. Produced by legendary Japanese toy manufacturer and former gaming powerhouse Bandai, it sold in the tens of millions.

Why? We’re still not entirely sure. The small handheld gadget housed a virtual pet that hatched from an egg; you had to keep it happy, well-fed and behaved, and clean up after it. Later models enabled you to link up male and female Tamagotchis and get them to fall in love, even marrying and producing new eggs.

Simulations like this weren’t a new idea – we had SimCity back in 1989, of course, and other life sims such
as Activision’s Little Computer People as far back as 1985. But this was the little standalone device that brought individual artificially intelligent digital characters to the masses. And if that makes your nostalgia gland twitch, you can still get a Tamagotchi even today – yep, Bandai still makes them.

The Quest brought VR gaming into the homes of non-geeks, allowing users to interact with downloadable games rather than just watching videos. Using its cameras and sensors, players could now safely walk around while being tracked virtually. With built-in ear-firing speakers and a pair of intuitive controllers included, the Quest made full-on VR affordable and consumer-friendly. Whether you think VR really is the future or just a fad, there’s no denying this product’s significance in freeing it from the tech-nerd ghetto.

Fitbit’s first wrist-worn tracker looks good eight years on. In fact, some of us would probably still be wearing it today if we’d taken better care of the little plastic nugget that makes up the Flex’s brain. What
did it do? Well, five little LED pips showed how close you were to reaching your daily steps goal, while
it also offered silent alarms and sleep tracking… and that’s pretty much it. Back in the day some complained it was too plain, but you could still probably sell something like this on Kickstarter as a new kind of minimalist mindful wearable.

The Play:1 sang its way into our living rooms in 2013 as the most affordable Sonos speaker. Delivering the same high-quality audio we’d already come to expect from the company, it made Sonos an everyday brand. With the ability to play over Wi-Fi, Sonos’s own network and Spotify Connect, this was a speaker designed for those embracing the smart home. It could cater to only-slightly-slumming-it audiophiles too, with stereo tech to hook multiple speakers up together. The Play:1 was the ideal entry-level blaster for music streamers.

It’s hard to properly appreciate the Motorola Razr V3 without unsticking your head from 2021. Let’s go back to 2004, when normal folk weren’t obsessed with phones. Alright, they were texting away like thumb-zombies, but the handsets themselves were little more than tools.

That changed with this flipper, which turned around Motorola’s fortunes by shifting 130 million units. The Razr starred in more TV shows and movies than just about any other gadget of the era, and it deserved that spotlight: its elegant curves, anodised aluminium shell, metal touchpad and slim profile changed how we look at phones.

The Razr V3 wasn’t expected to be a big seller, as it cost upwards of £400. That seemed absolutely loads at the time, but what’s mere money in the face of pocketable design sorcery?

Smartphones didn’t start with the iPhone. Nokia had long been producing handsets with proper keyboards, and its Communicator series is a key step on the road to modern phones like the one you’ve just dropped. Whoops!

The original 9000 Communicator came to market in August 1996, just a few months before Stuff was born. But it’s the 9500 of eight years later, a brilliant device, that’s made our list. It had two displays – a standard phone screen on the outside and a wider ‘work’ one inside – and featured a browser based on Opera that could work with both WAP and HTML, as well as running Java apps and Nokia’s Office-compatible software.

Of course, Nokia wasn’t alone in creating pre-smartphone smart phones – but for their time, the Communicators were highly capable devices indeed.