Tonight in Unpacks: It’s all things MLB with the All-Star Game in L.A., from sponsor activations in and around Dodger Stadium to viewership for last night’s Home Run Derby to a midseason attendance update to how the Dodgers prepared for the Midsummer Classic amid the pandemic.

Miss this morning’s Buzzcast? SBJ’s David Albright on TV sports ad revenue continuing to set records; the Big 12 and Pac-12’s decision not to dance; and Tom Glick officially takes over the day-to-day at Chelsea, a big hire for new owner Todd Boehly.

Tonight’s MLB All-Star Game is drawing comparisons with this year’s Super Bowl, and not just because of the L.A. location of both events, writes SBJ’s Terry Lefton. In both cases, a post-COVID effect escalated fan and industry demand, from ticket prices to hospitality.

MLB league sponsors will account for around a third of the ad time during tonight’s game on Fox. New ads from Anheuser-Busch, DraftKings and Mattress Firm are expected. Capital One has its brand on a souvenir towel. Mastercard is again sponsoring the emotional “Stand Up to Cancer” broadcast integration, and four winners from its small business “Home Team Advantage” competition are throwing out first pitches.

Corona, a new league sponsor, will have a Collector’s House activation at Dodger Stadium for trading card enthusiasts. Budweiser offers an in-game “Hit the Buds” contest, and its team of Clydesdales will be on the field before the game.

SBJ’s David Broughton notes Dodger Stadium is once again leading the majors in attendance, averaging 47,883 per game. Across MLB, average attendance league-wide is at 26,409 (62% capacity), down 5% from the comparable period in 2019. Teams seeing big upticks from 2019 include the Blue Jays (52%), Padres (31%) and World Series champion Braves (19%).

The Home Run Derby delivered 6.88 million viewers on Monday night, a figure that’s down 3% from last year, but up 11% from the 2019 event, reports SBJ’s Austin Karp.

ESPN on its own averaged just over 6 million viewers this year, as Nationals RF Juan Soto beat out Mariners rookie CF Julio Rodriguez. ESPN2 added another 858,000 viewers for a StatCast version of the event. Last year, the two networks delivered 7.13 million as Mets 1B Pete Alonso defended his title. There was no event in 2020 due to the pandemic, and in 2019, the networks averaged just under 6.2 million.

The Derby was easily the most-watched telecast on all of TV in primetime on Monday night (broadcast or cable). For another “all-star” comparison, this year’s Derby beat out the most-recent Pro Bowl, which back in February drew 6.69 million viewers across ABC/ESPN/DisneyXD.

NOTE: 2015 was the first year of a new format for the Derby

The Dodgers last hosted an All-Star Game in 1980, and after waiting 40 years for the return, they then had to wait even longer, notes Erik Bacharach in this week’s issue of SBJ.

The Guggenheim Baseball Management ownership group had sought the event since it purchased the club in 2012, then was awarded the 2020 game, only to have it canceled due to the pandemic. But Dodgers COO Bob Wolfe said, “We’re going to end up with an even bigger and better event than we would have had.”

Read more from Bacharach, who is on the ground in L.A.: 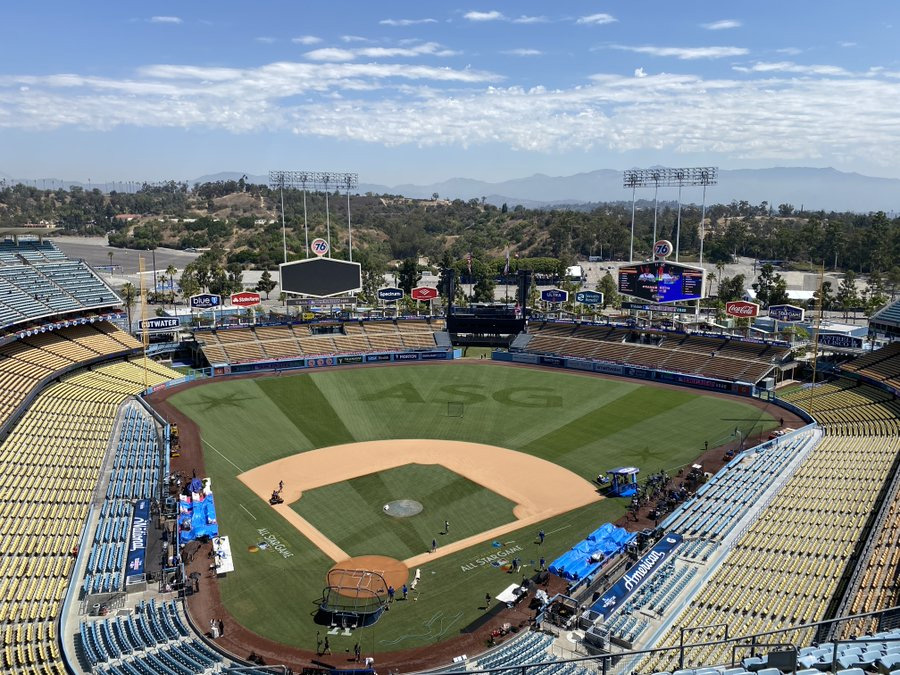 MLB All-Star took the spotlight in SBJ’s “Strictly Business” talk on Twitter Spaces. Our Erik Bacharach, Austin Karp and David Rumsey were joined by MLB Network’s Kevin Millar and Stephen Nelson as they discussed the business around the Midsummer Classic in L.A.

Among the topics discussed:

Listen to the full discussion here.

In this week’s SBJ Media newsletter, John Ourand digs into:

SBJ’s Thought Leaders retreat is in full swing in Colorado Springs. Check out some of the highlights and images from the three-day event so far. 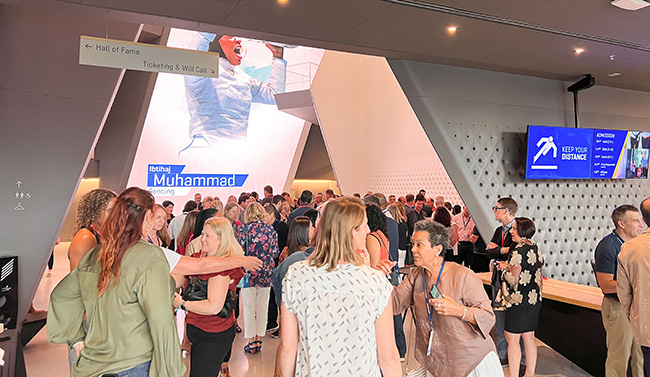 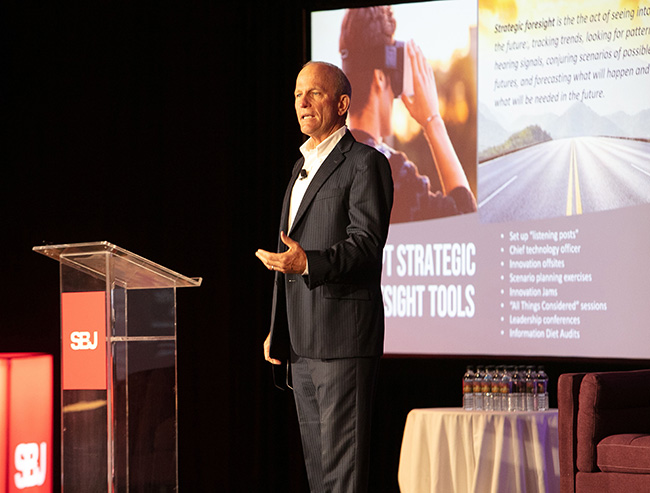 Innovation futurist Robert B. Tucker delivered an uplifting keynote address on what it takes to navigate our careers and organizations in a world of accelerating change — Credit: Tony Florez 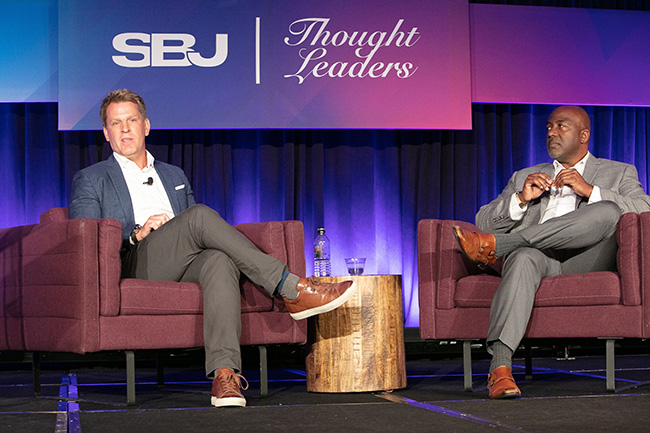 Shift4‘s growth continues as the new official payments provider for the Saints and Pelicans, handling all ticketing transactions through an integration with SeatGeek. Shift4 signed a similarly integrated deal with the Arizona Cardinals last month, and its solutions are now used in more than 150 sports/entertainment venues across North America.

Nissan Stadium will launch five Zippin-powered stores for the Titans’ 2022 season, bringing checkout-free tech to fans. Levy and Legends will operate the stores, which include Zippin’s first deployment in a premium seating area. Zippin opened its first sports-based store at Golden 1 Center in 2019 and will be up to 50 stores by this NFL season.